There are over 3 billion videos that are viewed every day on Facebook. Most of which are viewed on smartphones. Mobile viewing is slowly becoming the preferred video watching device as the web traffic from mobile devices was much higher than desktop computers and laptops in 2019.

Facebook has different types of videos based on the viewing experience the user wishes to record. In order to increase the number of views, the user will need to understand how the video will appear on devices with different viewing angles and different aspect ratios (4:3, 5:4, 16:9 and 16:10).

Facebook’s portrait newsfeed video post is best for watching videos in full-screen. The aspect ratio is 9:16 and is placed in a square box. However, it is not the best format for advertising as the right-hand column will be slightly skewed.

Facebook’s landscape newsfeed video post is considered to be the standard type of video post for desktops and smartphones. In landscape mode, advertisements can be displayed correctly in the right hand column. The aspect ratio is 16:9 and is generally the same as display size as a YouTube video.

Facebook’s square newsfeed video post is quite popular as the video does not change in size either in portrait or landscape mode. It is also heavily used in Facebook’s other photo-sharing social media platform, Instagram.

A YouTube link video post is not recognized as by Facebook’s algorithm as a video. It is displayed as a link, containing a thumbnail in a cropped square box. When the viewer selects the link, they will redirected to YouTube to watch the video.

What are Facebook’s New Video Features?

Facebook has integrated a number of new features to make sure that users spend more time on their platform. If you are looking to grow your brand online, your Facebook profile can generate new leads, start by uploading an introduction video which will be displayed above or below your profile picture.

Similarly, you can create a dedicated Facebook page for your business as well as a page for events. This can give you a better indication of who’s interested to attend and increase the chances of them sharing your event or business page on their Facebook profiles.

Facebook groups are another important feature when trying to gain exposure for your brand. Dedicated videos about specific topics can be uploaded to your Facebook group. These groups can be set to private or public access, depending on your target audience. Tutorial videos can be uploaded on how to use your product. This can be extremely useful as interested users do not have to visit an external website, all the information required is contained in one place. Another good idea would be to make your videos more accessible, so your followers can also then easily download facebook video and be able to watch them whenever they wish to. 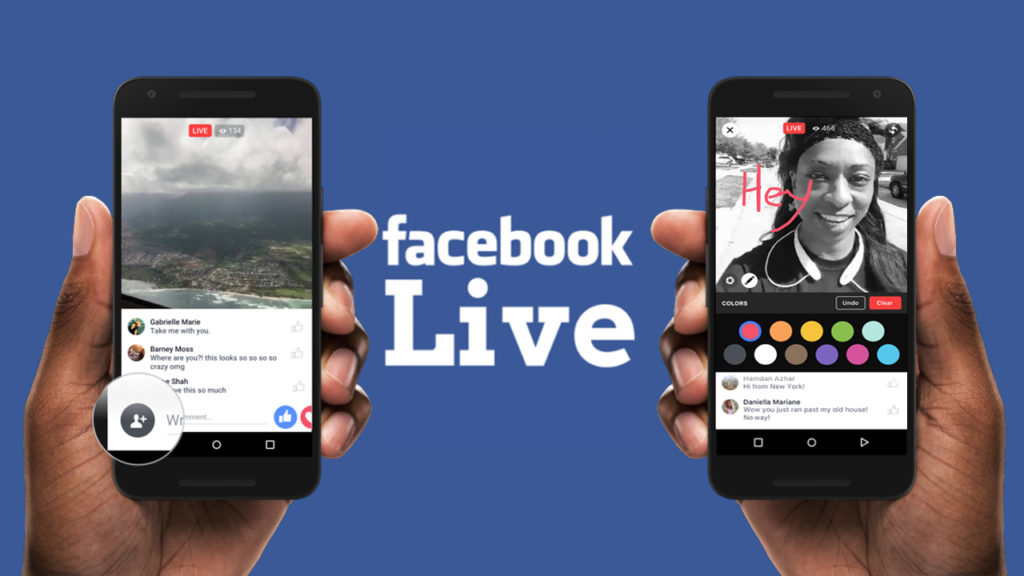 Facebook Live is a feature that allows its users to broadcast live videos on their platform. These videos can be viewed by anyone on Facebook or only your friends and followers, depending on whether the profile has been set to private or public. The user broadcasting has the ability to block other viewers, based on their discretion.

By default, any user can broadcast a live video on their Facebook profile. Recently Facebook enabled the option to broadcast videos from Facebook groups and pages. To activate these video settings, you will need to open the Facebook app, go to the ‘Settings’ section and then to ‘Facebook Live’. You can also switch between the option whether the videos will be public or private. By default, the live videos will automatically be set to public visibility.

If you have Facebook Events, you can broadcast a live video of the event in progress or a behind the scenes look to entice followers and increase viewer interaction. The people who have responded can also be tagged in the video and a number of filters can be used to enhance your live broadcast.

To start a live stream, start by entering a status update (you can choose to display your location) and then proceed to tap the ‘Go Live’ icon. You will be prompted to enter a description before the video begins. Remember, once the broadcast is over, the video will be stored on your profile. Other viewers can rewatch your video at a later time. Some users prefer to download a technical video such as a in-depth tutorial or instructional cooking video and watch it step by step. Most of them use a Facebook video downloader as the social media giant does not have an option to download and store videos for offline use.

What are the New Features Recently Implemented by Twitter?

In recent months, there was speculation that Twitter was in talks of acquiring Chroma Labs, the startup that creates and develops photo and video editing tools. Twitter is going through a massive design overhaul of how its users interact and experience with the platform.

Their most recent change was the design language of how conversations appeared on profile timelines. The ability to directly respond to tweets with emojis was another implementation done in early december last year.

What are Some of the New Design Changes?

The new Twitter app now offers a sidebar menu where all the profile options are listed in order for users to navigate more easily. They have also redesigned the in-app font and the ‘Reply’ button.

Users are now able to check the status of their tweets in real-time. From within the app itself, the number of other users actively engaging with other profiles, the replies and retweets as well as hashtags and likes can be statistically displayed so that a user can gauge their audience more effectively.

Strategies for Surviving the Ups and Downs of the Market!

"Investing is most intelligent when it is most businesslike" - Benjamin Graham. Investing in the stock market without instability is...

Instagram is a fast-growing social media platform. With Instagram, you can interact with people from all over the globe who...

In the world of social media marketing, having a strong online presence is essential for any business looking to succeed....

Salesforce all over the world are benefiting from technology as it helps them increase the amount of sale that they...

How to Choose the Right Ecommerce Platform for Your Business